Mike Minery, a New Jersey native, has established himself as one of the finest tap dancers and choreographers working today. Mike has been named the 1997 World Tap Champion and was a recipient of a Princess Grace Dance Fellowship Award. He toured the world as a soloist with the internationally acclaimed Manhattan Tap company, and has been featured at The Supper Club on Broadway, in the '40s revue This Joint is Jumping. He has created his own tap company, "Tapaholics", which debuted at the famed Duke Theatre in New York City and has performed in countless theatres and on television as a feature guest on The Tony Danza Show. Mike has been seen in Footprints Tap Jam 2000 in Chicago, an Equity Cares Fight AIDS production of "Zoot Suit Strut", and was a soloist in the 2001 Tap Extravaganza at Town Hall Theater in Manhattan. He has choreographed pieces for Manhattan Tap, The New Jersey Tap Ensemble and The North Carolina Youth Ensemble, as well as numerous companies and studios around the world. Most recently, Mike choreographed "Tap: The Show", which is running at the Music Box Theatre in Hershey Park for the next three summers. He is also the Director and Choreographer of SLIDE, a tap workshop and Off-Broadway show! 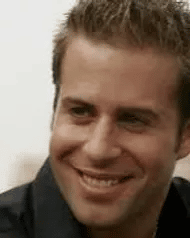