Growing up 20 minutes from NYC, Kristen was immersed in a world of dance and theater. As a child she did numerous national television commercials that lead to voice and acting lessons that sparked her passion for Broadway. At the age of 8, she was accepted into the School of American Ballet where she trained for 8 years and performed with the NYCB in many productions. She competed at a national level from the age of 10 through High School where she was recognized for her well rounded and versatile abilities. Kristen continued her education at Syracuse University as a Musical Theater major and while still attending school she began her 15 year career on Broadway when she was cast in the original company of FOOTLOOSE as a featured dancer and understudying the role of Wendy-Jo.

It was during this time that she started assisting and working under Ray Leeper on off-broadway shows, music videos and film workshops, as well as, master classes around the country.

Kristen recently completed a 10 year run as an Original Cast Member of WICKED the Musical where she had the opportunity to be Dance Captain, play the role of the Witch's Mother, and was Assistant Choreographer to Wayne Cilento for the 1st National Tour. Kristen has taught master classes in Musical Theater all over the country. Her focus in her teaching is performance, intention and energy! She is a Mommy to Kylie...which has been her best job yet! 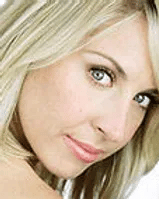